From the 10,000-foot view, corporate-sponsored Third Wave feminism is a much under-appreciated — but by no means the only — causal reason that American mothers can’t find the Chinese factory-produced GMO “baby formula”* feed that so many families rely on.

(*Clarification on the definition of “baby formula”: The commercially-produced stuff is mostly GMO corn and soy protein with a few industrial poorly-bioavailable “nutrients” sprinkled in. In the before-times, “baby formula” was called “breast milk.” In a better world, actually nutritious “baby formula” would also be possible to synthesize artificially.) 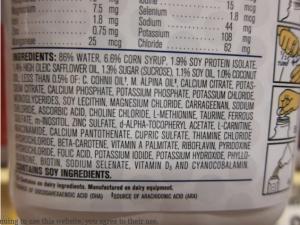 Yes, some women have legitimate medical reasons (not sociocultural ones, which are far more likely and which we’ll discuss here) that prevent them from breastfeeding. They need food desperately, and now can’t get it. No one should minimize that, or victim-blame.

And, yes, supply-chain disruptions induced by draconian COVID lockdowns — ironically and sadistically marketed as “Public Health©” measures — partially triggered the discrepancy in supply and demand. So did a shutdown of one of only a handful of formula-producing US factories by the FDA because they were allegedly producing toxic baby feed.

But those factors alone don’t tell the whole story.

In her teary farewell performance, outgoing WH Spokescreature Jen Psaki talked as little as possible about the inability of Americans to feed their children with the GMO puree they depend on. In a sane world, with a functional government, making sure babies don’t starve to death would be priority #1 for the executive branch.

The ostensible purpose of the executive branch is to execute effective public policy. In other words, to set the necessary conditions that allow for material subsistence.

Psaki, though, preferred to deliver an Oscars-style speech thanking her sponsors for her position, and her new, even more lucrative position on MSNBC:

“You know, this is my last briefing… And I wanted to start with a series of thank yous. And I promised myself I wasn’t going to get emotional. Whew. Okay.”

Mothers in America can’t buy basic materials to feed their children and this shameless narcissist has the gall to take time out of her official briefing to congratulate herself on her “integrity” and “civility.”

When pressed gently on the baby formula crisis, Psaki offered a novel solution. Americans don’t actually need more baby food – they need to get it rationed to limit the filthy eaters from grubbing up too much sustenance:

“As it relates to baby formula, what we know is that we are certainly seeing, and we have seen, hoarding happen… That’s an issue where if there’s caps — and this is something we have been working to institute — on the number of containers that can be purchased, that will help.”
-WH Press Secretary Jen Psaki, May 13, 2022

How did this happen? As previously acknowledged, the two immediate and most obvious causal effects are supply chain breakdown and a Michigan factory – reliant, by the way, on trans-Pacific Chinese GMO agri-slop to operate — turning off the spigot.

But that’s a short-sighted assessment.

Feminism per se doesn’t have to be as toxic as its current manifestation.

Women should probably be allowed to vote if voting is how public decisions get made. Done. That was the First Wave.

And, okay, women should be able to work productively for decent pay without worrying about their bosses getting handsy with them. Sure. That, in a nutshell, was the Second Wave. Now employers have to pay women commensurately with men and they can’t fondle them next to the water cooler. Those are positive developments.

In these regards, Western institutions have done more to accommodate the desires of women for greater social power than any civilization in history.

Of course, the “Social Progress©” didn’t stop there.

The corporate-sponsored Third Wave is not about equal rights for women. Its sole agenda, under the guise of “human rights,” is destroying the same Western society that nurtured earlier versions of the feminism movement. And not just annihilating Western society – but the essence of human biology itself.

Having a stable family is branded as something dirty, and harmful.

Childlessness, or dereliction of maternal duties, in contrast, is marketed as liberating and ultra-trendy. The model of virtue for women of the Western world is now intersectional Rosie the Riveter, jackhammering the Patriarchy into submission.

Careerism is celebrated and motherhood is denigrated. 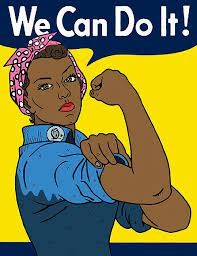 As a consequence, fully one-fifth of American newborns get fed “formula” straightaway. Almost half are on “formula” after six months. That’s not accommodation for women with a medical or rare logistical issue who can’t breastfeed – that’s a social trend, a lifestyle.

Cheerleading single parenthood — with mothers working dead-end near-minimum-wage jobs while the baby is God-knows-where in the back of some dank government care facility learning about preferred pronouns and sucking down Chinese GMO corn feed — doesn’t make women happier or more fulfilled.

All it does is further destabilize the foundational social structure of the West, drive intergenerational increases in mental illness, and bankroll the $55 billion “baby formula” industry.

This baby formula thing didn’t have to become a national crisis. It’s, again, the culmination of decades of anti-human social engineering undertaken under the guise of “Progress©”.

If the social engineers could, at this current moment, rip babies from their mothers’ custody straight out of the womb to be programmed in government centers – or better yet, mechanically produced altogether absent human involvement Brave New World-style — they would.

At present, they understand that going full techno-fascist in the reproductive sphere would destabilize their social engineering project to turn a man into a machine.

But never conflate their current inability to execute their goals with their long-term commitment to meeting that vision.

Bill Gates and Co. are hard at work rendering biological motherhood, and, ultimately, biology itself, obsolete.